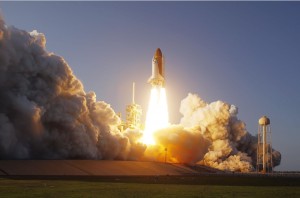 Orbital will also feature a kickoff event to start the summer semester. The kickoff event – named “Liftoff” – will feature a two-day series of workshops, a programming contest, and a pitch session.

Liftoff will happen during the first week after final exams in Sem 2. This is the week of 13 May.  Currently, we are planning to have Liftoff on that Monday and Tuesday, which will be the 13th and 14th of May.

The programming contest, Launch Window, will be a three-hour programming contest with student teams hack-it-out to build and simple application for a given theme.   Launch Window’s theme will be announced during the contest itself.  Teams must use the technology stack that has been taught during the first day of the workshops. The top teams decided by public votes for Launch Window will be the only teams eligible to participate in the Apollo 11 (advanced) scheme with mentors, but have no obligation to take up this role.

Liftoff will end with a project pitching session, Ignition. This pitching section is for both student teams as well as industry and school mentors to pitch their ideas. Both student teams and prospective mentors can give feedback on each other’s pitches; and in the case of Launch Window winners, can use the session to match with prospective mentors for the duration of the orbital program.  Ignition will follow a 1-minute madness format, in which teams will come on stage to present their pitch using at most two slides that they have prepared. Each pitch should last for no more than two minutes.

Note that Ignition is part of the assessment for Orbital, and accounts for 20% of the final S/U grade  The slides and the text of the pitch will need to be uploaded for grading and assessment.

There will be an optional mingling session for students, industry professionals and student mentors to converse about project ideas to close out Liftoff.